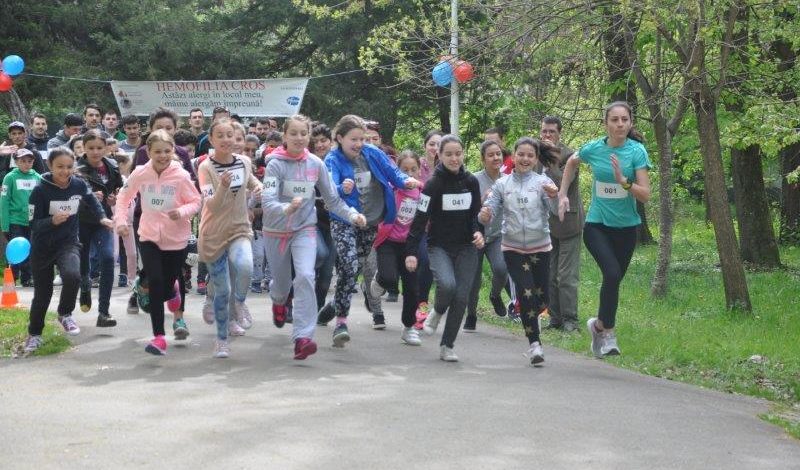 “Today you run in my place, tomorrow we run together”, it is Andrei’s wish to see his dream fulfilled, that is, that in the future, with a complete and constant treatment, to run alongside his friends.

Andrei,  goes to school and sees all the other children playing, running, jumping, he is on the ladder, his hand above his knee, which hurts him. Sighs. He wants to do what others do, but he can’t ,not now . He hopes for something, which his parents tell him will be better. The same hears from  older hemophiliacs. And he doesn’t understand. Why not now? He is receiving treatment, not for a long time, which is why his knee joints are partially damaged. Twiches when he sees Mihai, his colleague, running after the ball that jumped near him, shot by the other boys. Mihai smiles, asks Andrei how he feels and receives the same answer, fine. Andrei can be like Mihai. To run, to play football, to ride a bicycle. Therefore, out of solidarity, Mihai and other children and young people, responded to Andrei’s invitation to run for him.

They can always be among us: at school, at work, in the hospital; sometimes they complain, we see their suffering; most of the times they cry alone at home. Regardless of the situation, they carry their suffering with dignity. Your own illness. It is called hemophilia, when the disease affects only boys, or von Willebrand’s disease, when it manifests itself in both males and females. It does not heal but is treated. Every year, on April 17, is celebrated the International Day of Hemophilia, a day dedicated to those affected by this disease. There are people who strive to lead a normal life even if, often, the system does not help them.We organize this event with the thought of a normal life for each of us. Whether we are sick or not, we live in the same community and it is good to do so in a beautiful, healthy and responsible way for one another.